Saqqakhaneh is an installation made of rusty pipes and joints. The pipes are bought from the recycling junkyards. The very pipes which have been transporting water in Ahvaz’s water supply network. The high level of minerals in the water causes Fouling in the pipes and blocking the water flow and reducing the water pressure.

The structure is creating two kinds of space, the inner and the outer. At the first glance, we encounter a hollow mass of pipes and joints which lead the viewer toward the water tab inside the open structure. A continuously dripping tab draws its path on the ground as the water finds its way to the sewer.

I tend to highlight the notion of water in Iranian thinking while focusing on the relationship between mankind and water. For me, the forms which are created in the Saqqakhaneh structure recall the holy places which are connected to water. In ancient Iran, people worshipped water as their Goddess and the angel associated with purity in the temples which they built for Anahita. They believed that Anahita is the guardian of the earth’s water. After the emergence of Islam in Persia, Iranian transformed some of the Pre-Islamic beliefs into an Islamic ritual. They created Saqqakhaneh instead of Anahita temples they used to build as a place to respect the water. The Saqqakhaneh became a place that was constructed in the allies and streets by ordinary people in order to donate water to the passersby to ease their thirst. Throughout time Saqqakhaneh became more associated with religion and blessing and started to flourish. The passersby honor the place by lighting a candle and consider the flowing water a blessing and making wishes to be realized.

Nowadays some of the contemporary counterparts of those passersby are choosing a more environmentally friendly lifestyle by consuming less water. In the installation, the viewers are confronted with a worn-out water tab that is dripping. Their efforts to save the water from being wasted are useless as the water tab is loose.

I’ve constructed the early etudes of Saqqakhaneh on the rooftop of my house in Ahvaz. My experience of living in Khuzestan province which suffers from the aridity and water shortage shaped the idea behind using rusty metal pipes and their joints, as my working material. The entanglement of the pipe and their maze-like appearance refers to the difficulties of accessing freshwater in this particular geography. These pipes were once functioning as the veins in our houses transporting “Life”. 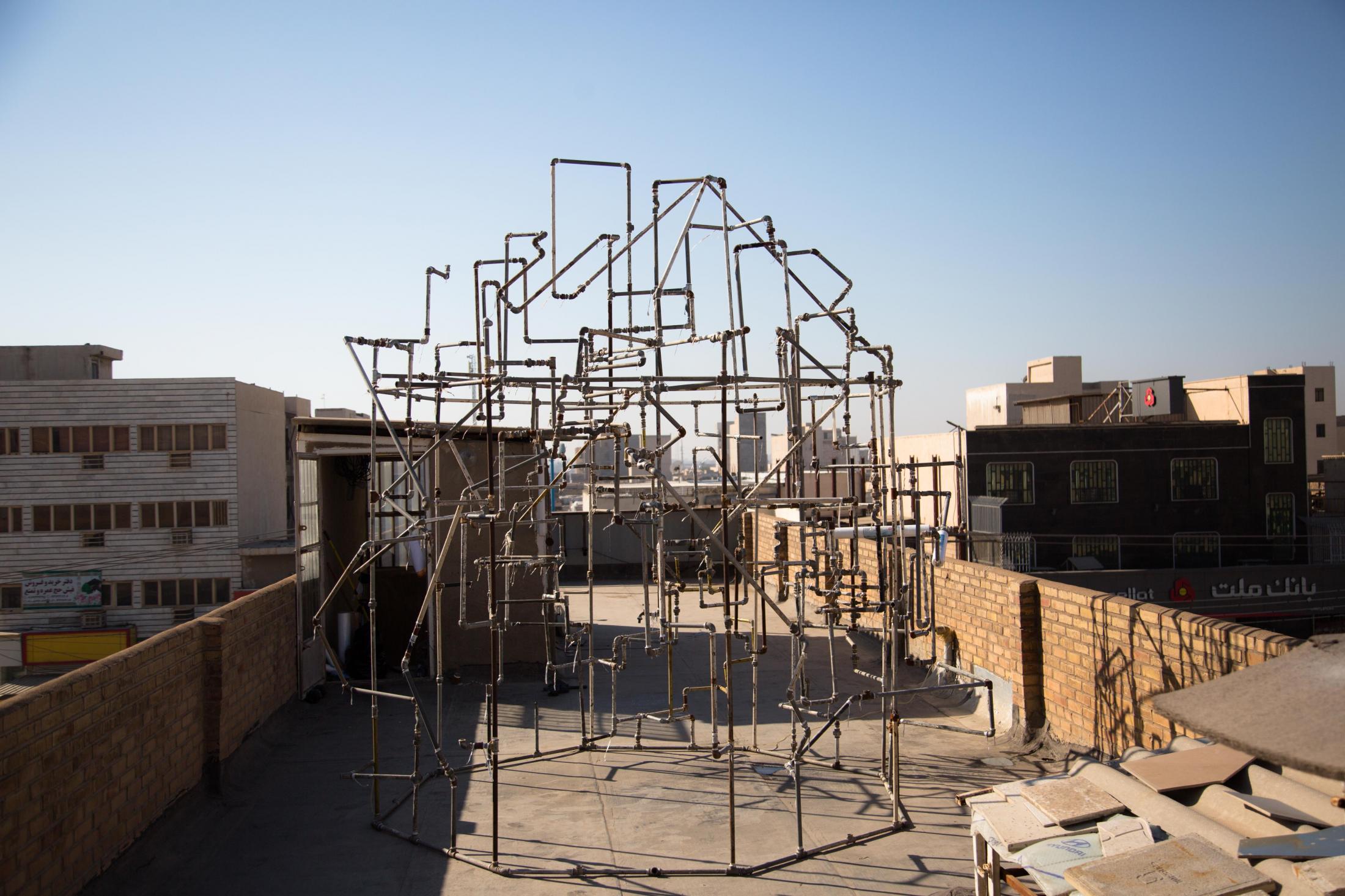 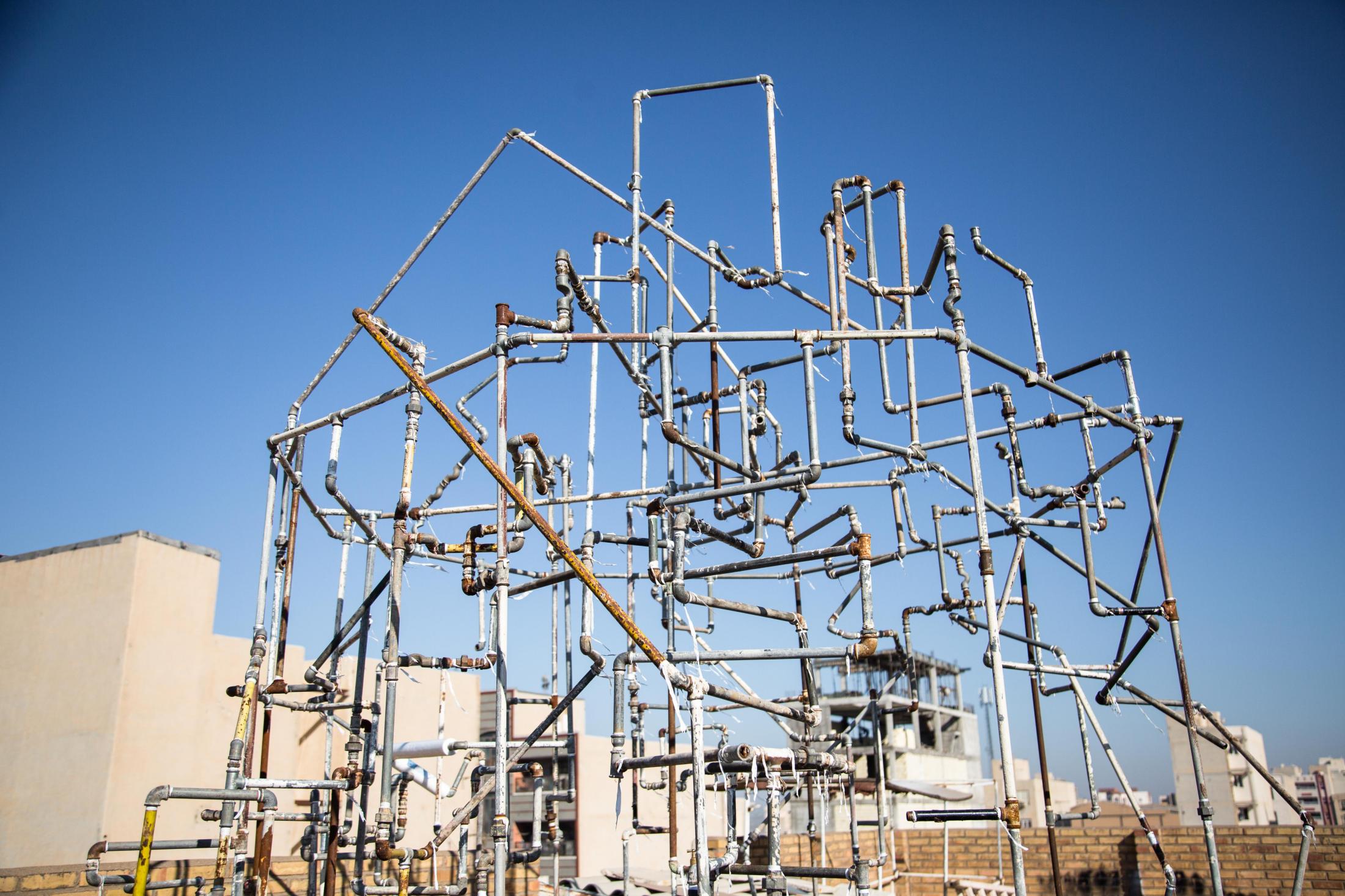 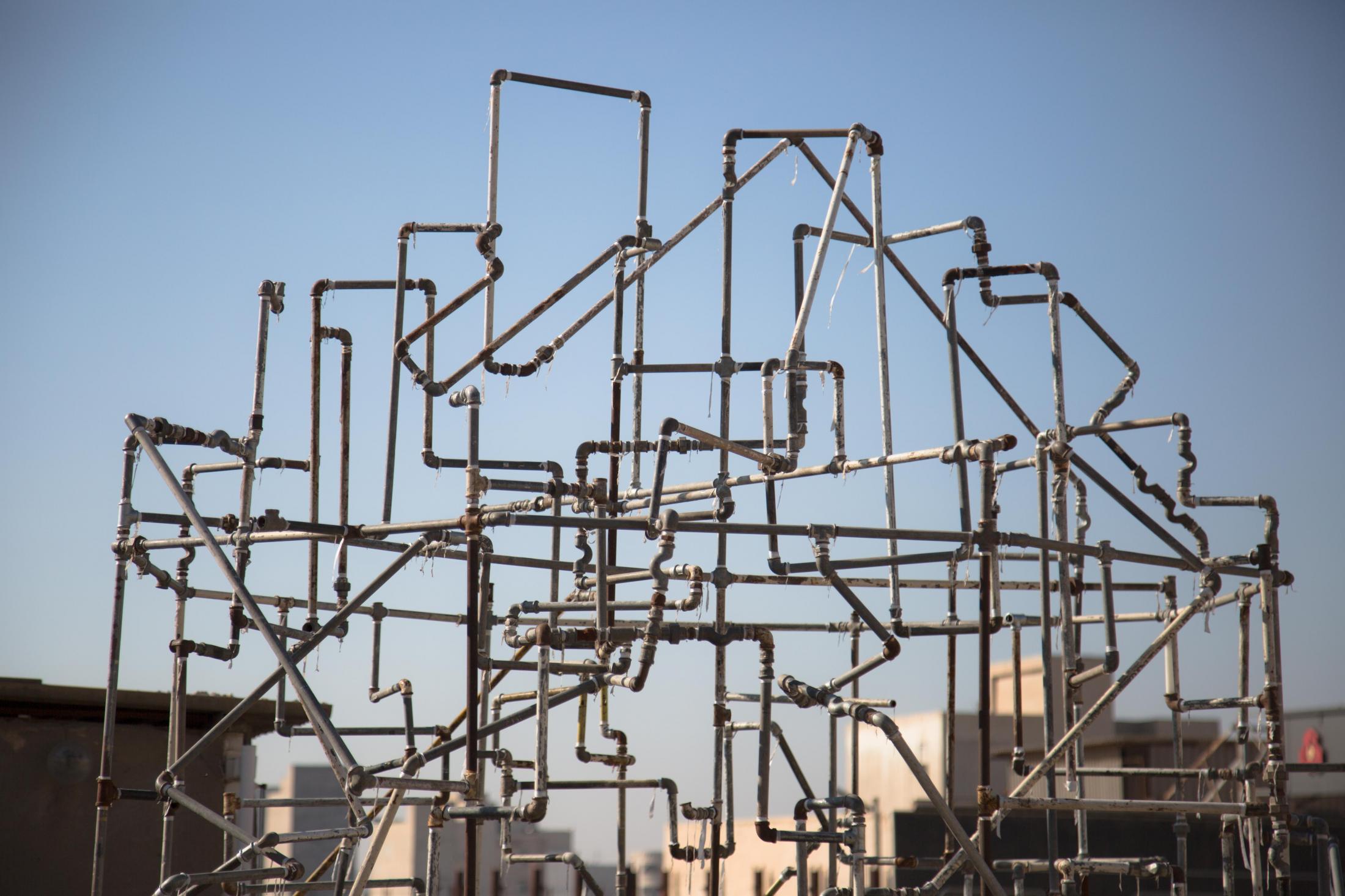 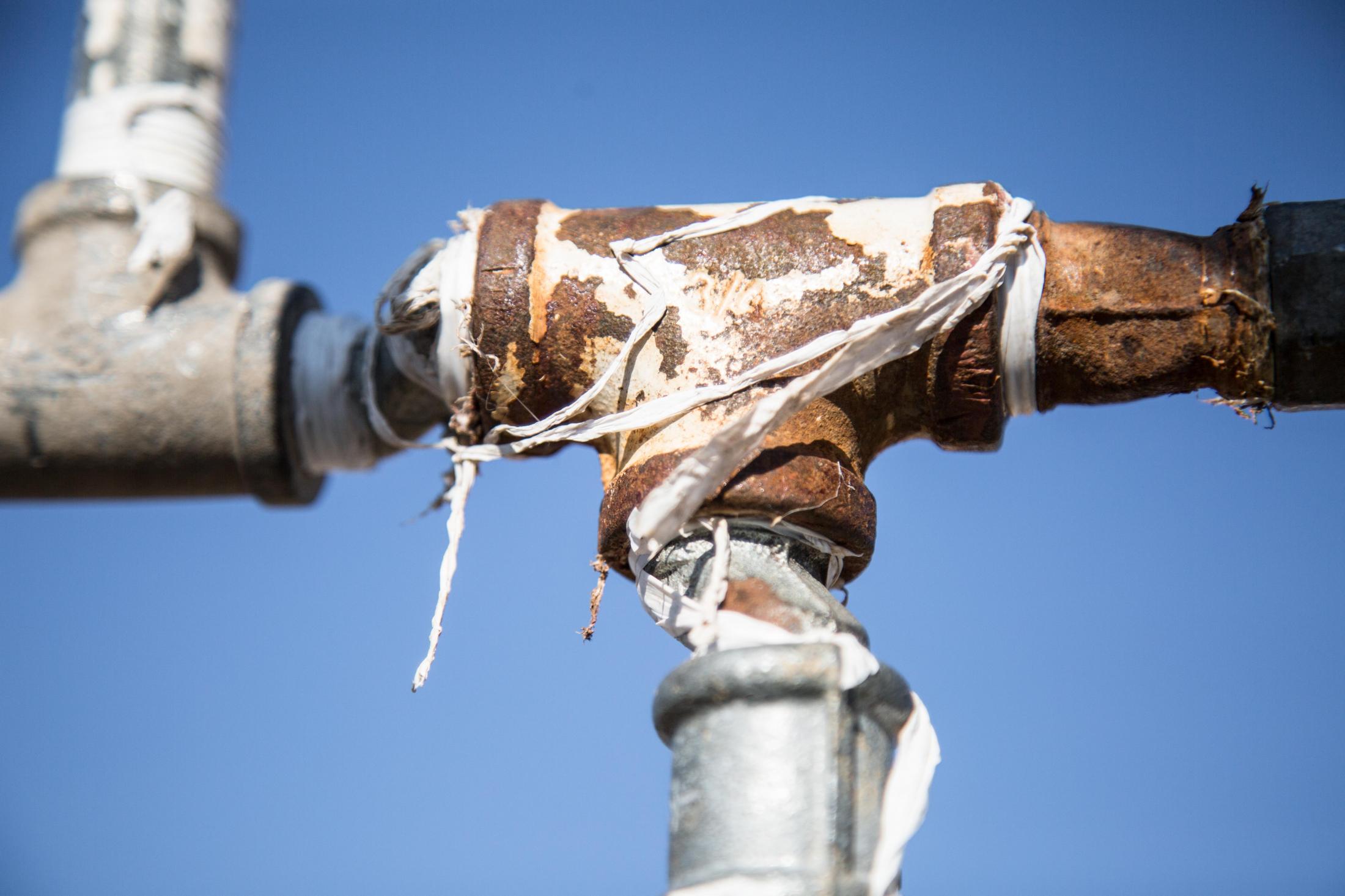 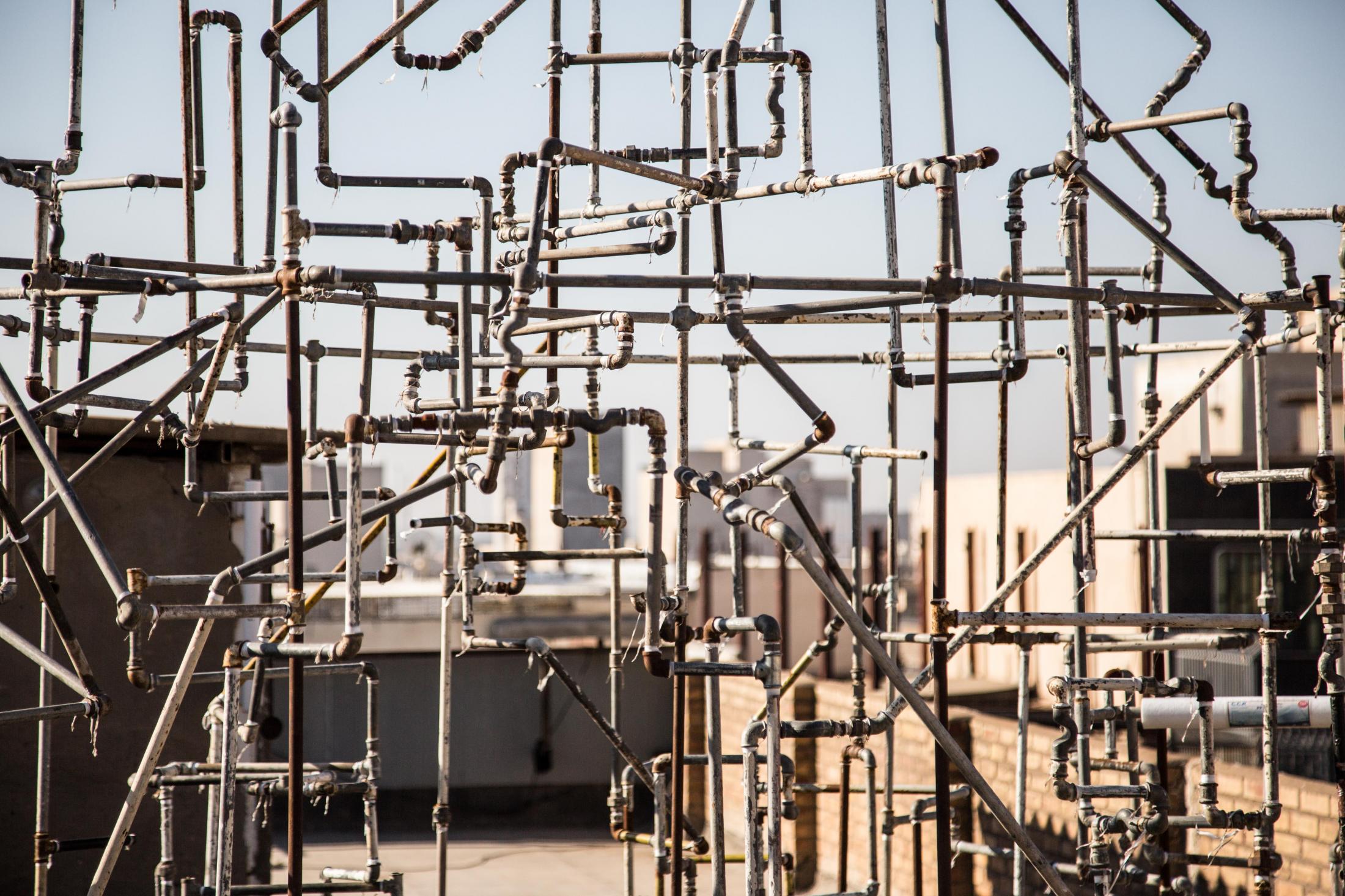 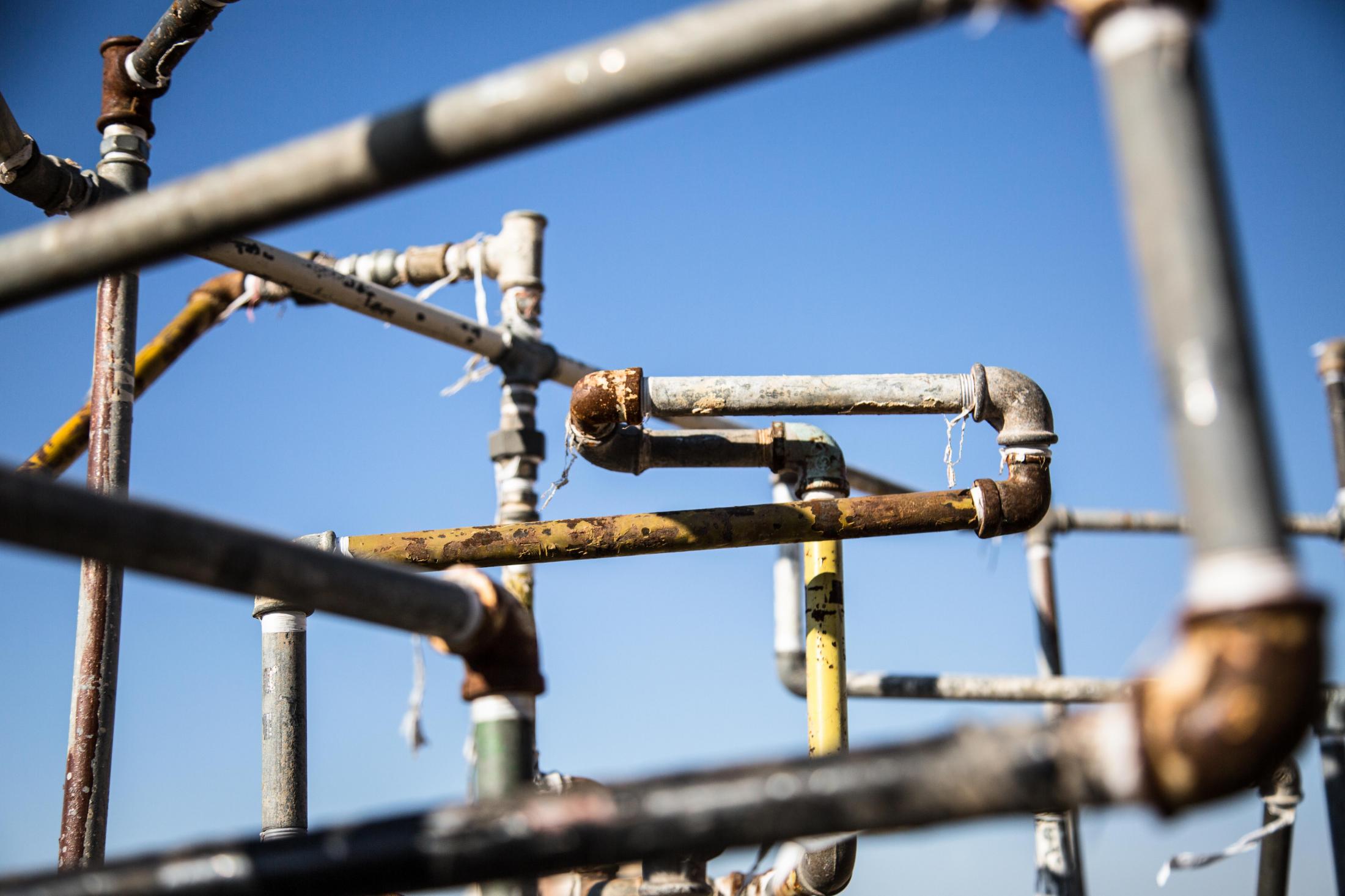 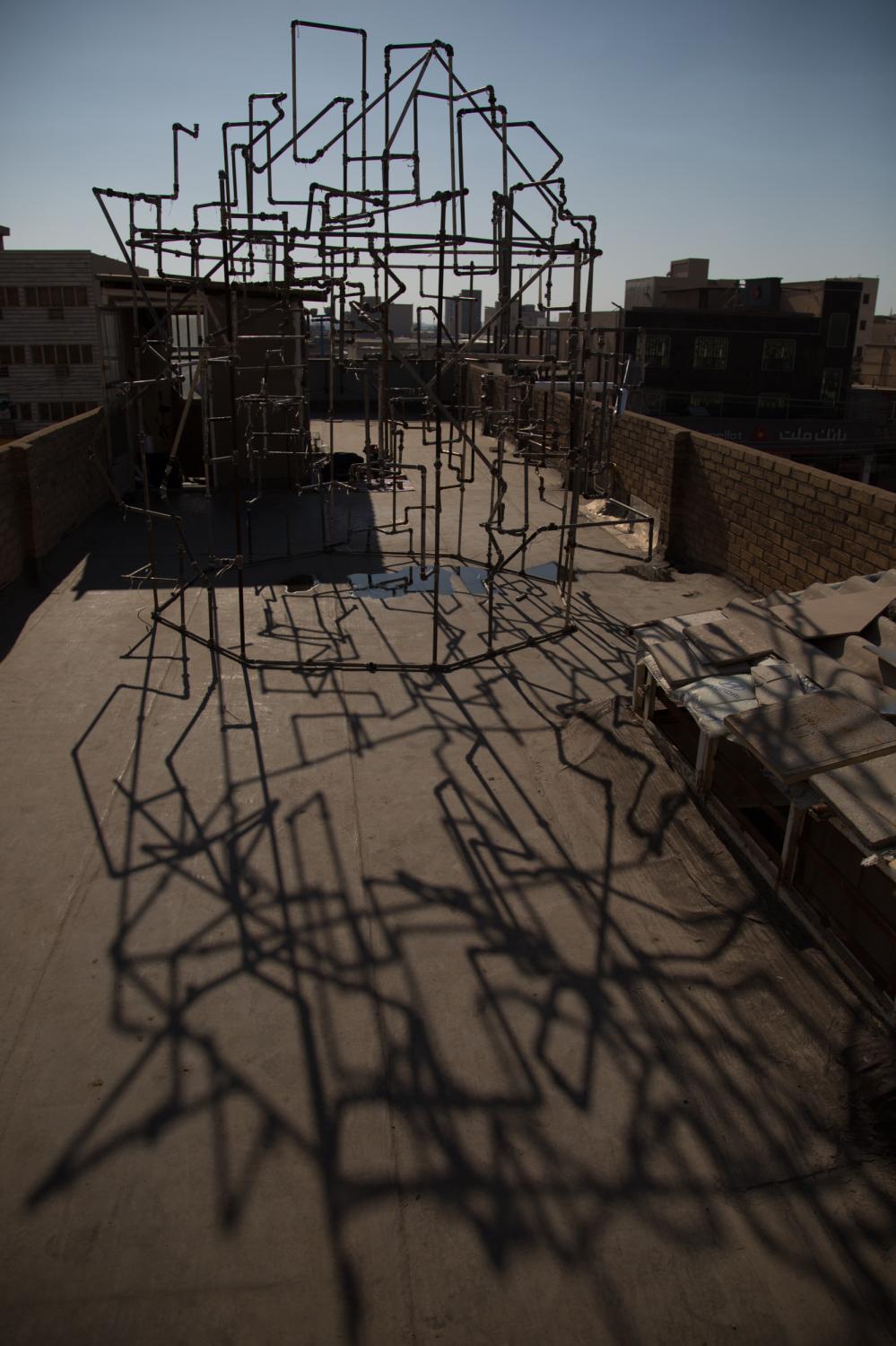